About out Painters and Decorators Liverpool Street

Painters and Decorators Liverpool Street. We have decorated many offices, buildings, apartments and properties in and around the Liverpool Street area. We recently decorated The Prince of Wales Trust building on Eldon Street just outside the station.

If you are looking for your office or premises near Liverpool Street to be redecorated and have a fresh lick of paint. Contact GSD the number one painting and decorating company in Liverpool Street.

We are a company of professional painters and decorators in Liverpool Street. Based in Clerkenwell in the centre of the city we are perfectly positioned to service all businesses and clientele in the Liverpool Street area.

In the Liverpool Street area the majority of our work is decorating offices. Many companies want to get the premises refreshed out of hour to ensure minimum disruption to staff productivity. Here at GSD we are happy to help and will alway work with our clients to ensure the minimum disturbance.

Liverpool Street  in central London is most well know for its major train station, connecting the heart of London with Essex to the East. Every day thousands of commuters pass through the train station on their way to the office.

Liverpool Street Station is one of the busiest train stations in London. The station opened in 1874 during the Victorian time to replace Bishopsgate as the main terminal for Great Eastern Railways. It has the largest amount of terminals for any train station in London.

The station is close to the City, The Barbican, Shoreditch, Whitechapel, Bank, Moorgate, Holborn but also has quick links into central London such as Oxford Street and Tottenham Court Road.

The station was designed and built in the late 18th Century influenced heavily with Gothic designs and decorations.

Within 10 years of the stations opening 600 trains a day were passing through the station. By the early 19th century almost 200,000 passengers would pass through Liverpool Street Station in up to 1000 trains.

The Station had strong stories through both world wars with over 150 people being caught in a German bombing raid in 1917 and during the second world war used to transport thousand of Jewish children as part of a mass rescue mission.

Moving forward to the modern era Liverpool Street will play home to Cross Rail  which will stretch from Moorgate to Broadgate.

As painters and decorators we have services many business in the Liverpool Street area. The area houses many accounting firms, law firms, design agencies, creative brands and more.

We have along history as painters and decorators in Liverpool Street and will carry on servicing business for years to come.

Get your London property, home, apartment, office, block or building transformed by our high quality painters and decorators in Liverpool Street

Contact us Now
Maps were disabled by the visitor on this site. Click to open the map in a new window.

As high quality painters and decorators in Liverpool Street we only use the finest brands of materials from Farrow and ball , Little Greene & Designers Guild Paint, to the finest wallpapers from De Gourney, Altfields and many many more.

If you would like to discuss an up and coming painting and decorating project in Liverpool Street please get in contact with us now.

Why don’t you scroll through some of our Liverpool Street painting and decorating projects. From decorating offices, external building painting project, shop redecorations and many more 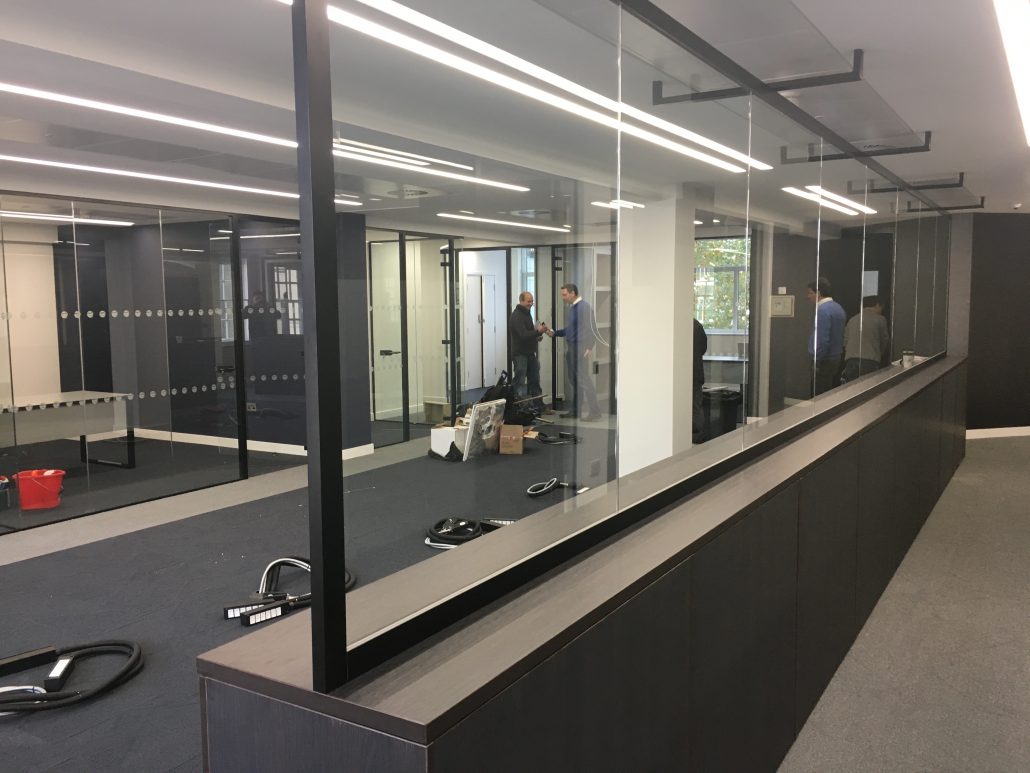 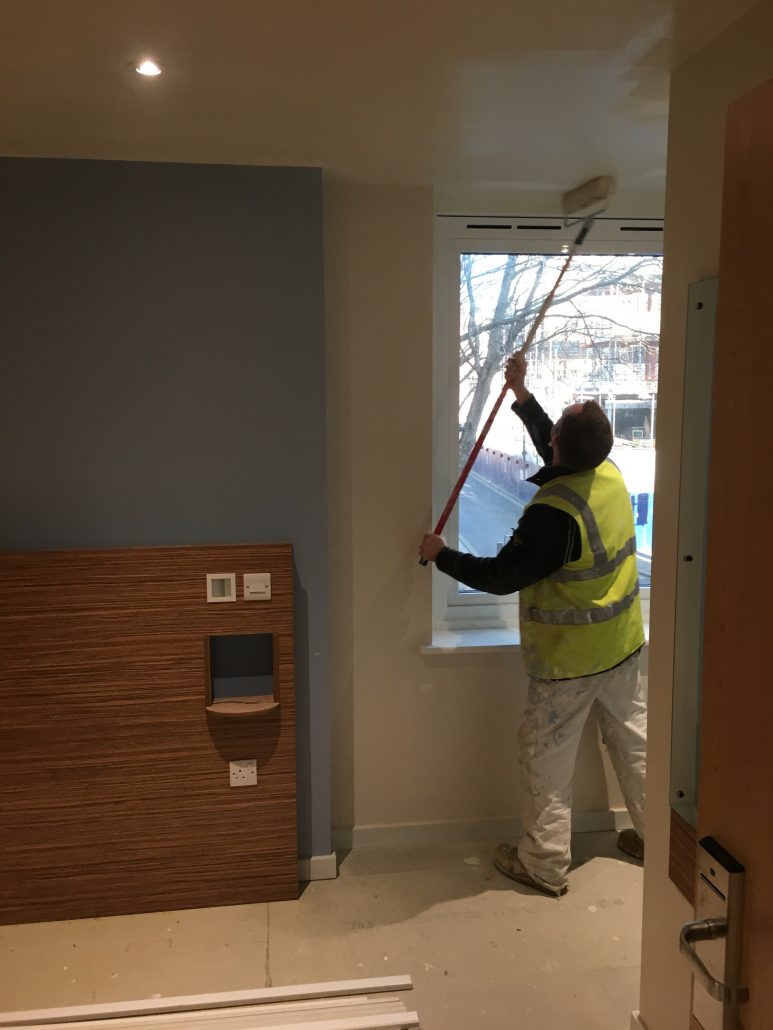 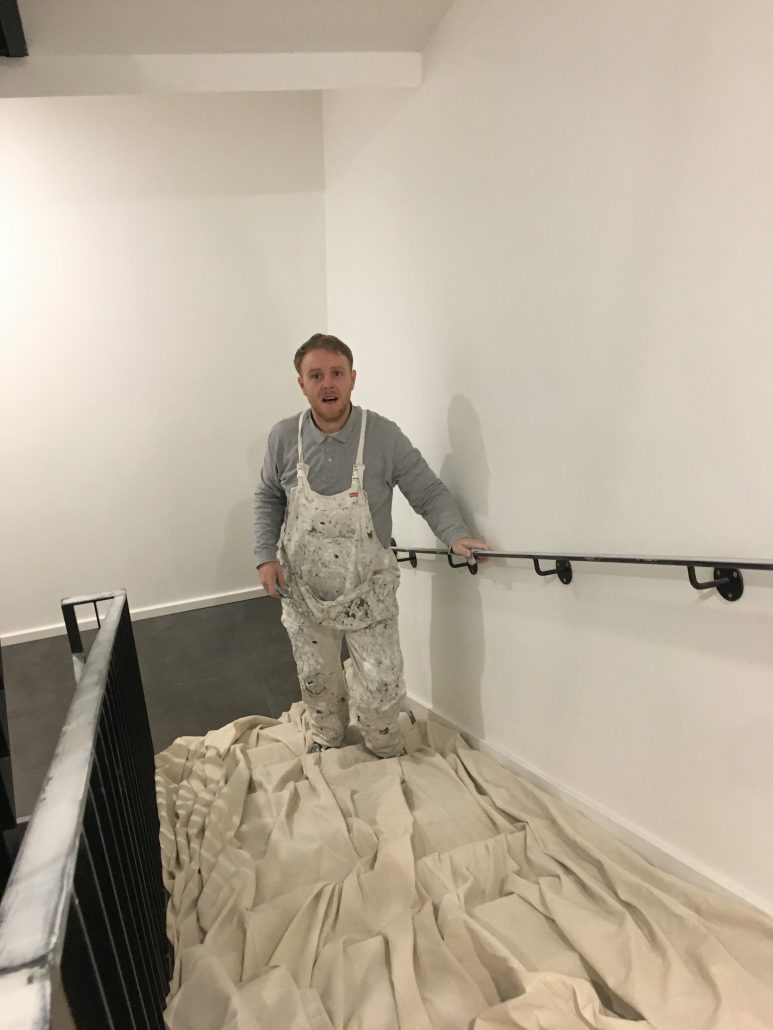 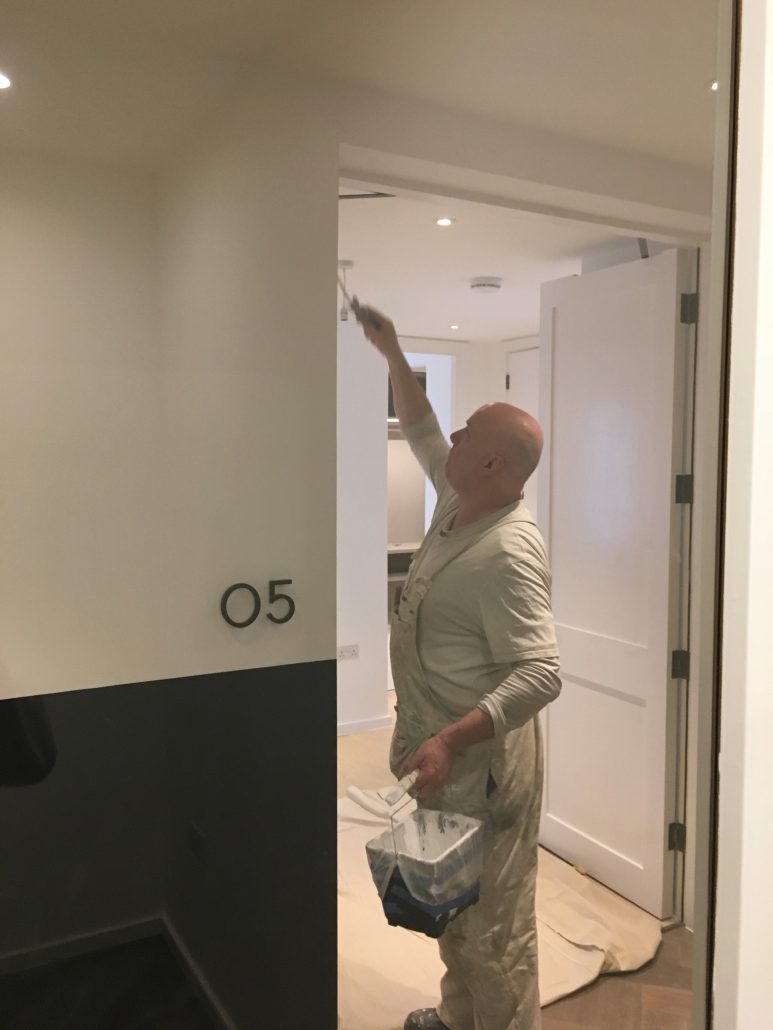 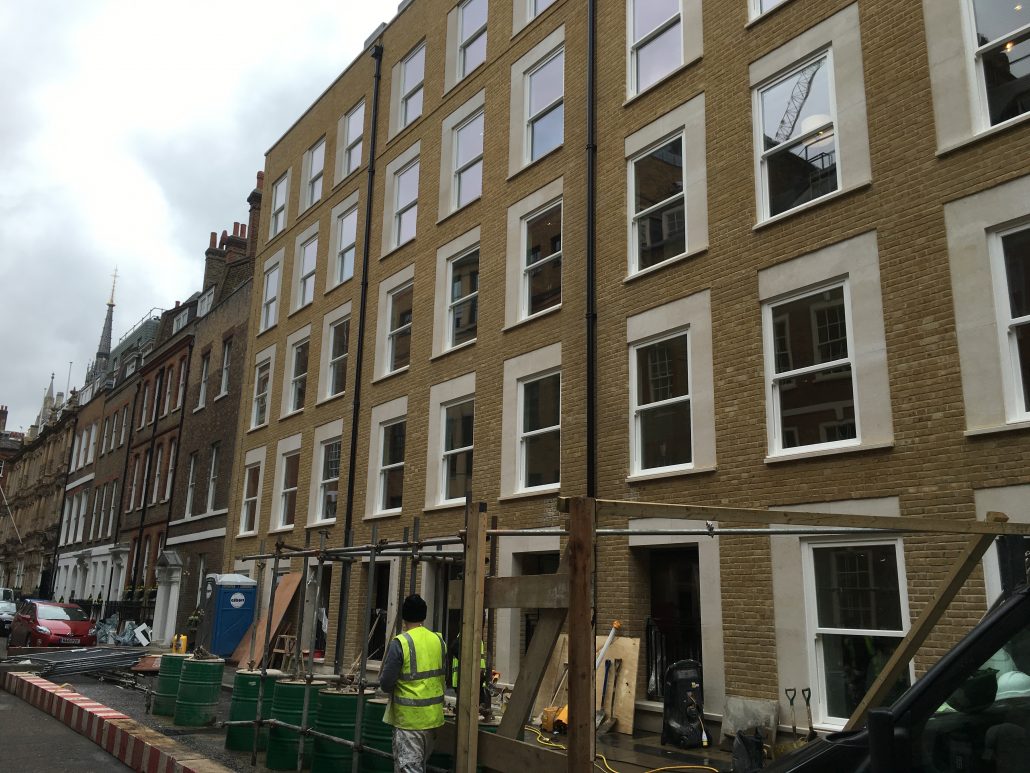 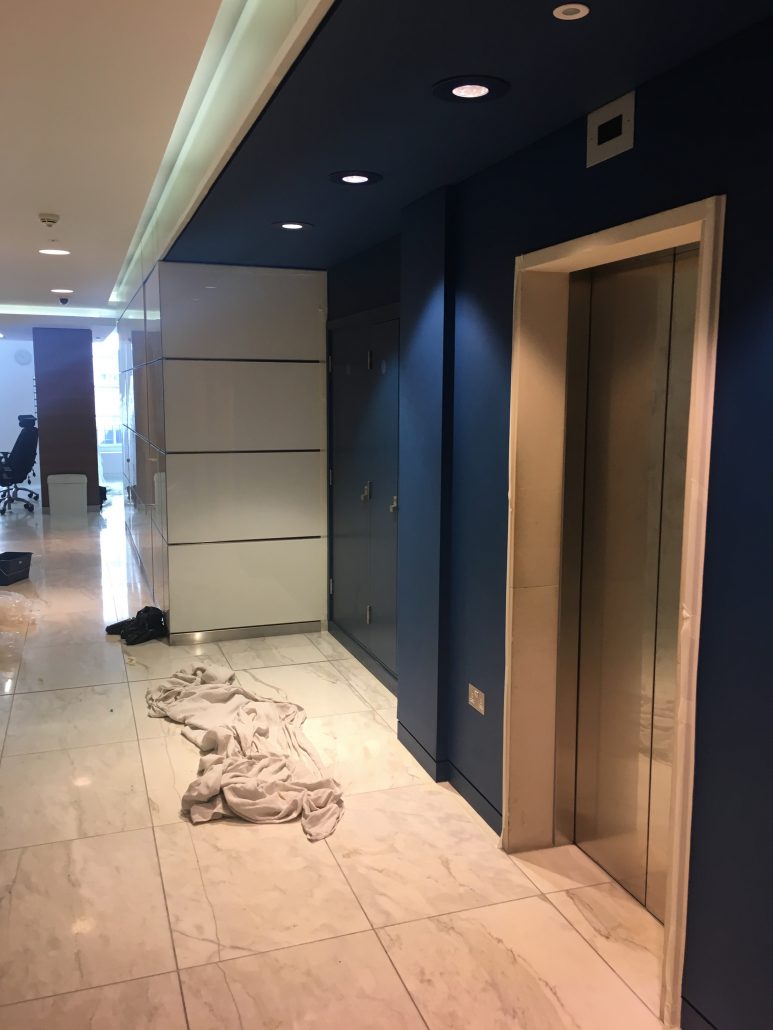 Get your London property, home, apartment, office, block or building transformed by our high quality painters and decorators in Liverpool Street

Painting and Decorating The Prince of Wales Trust Liverpool Street

We were contracted by a large building main contractor in London to undertake the decorating package at The Prince of Wales Trust new HQ on Eldon Street near Liverpool Street Station.

The building situated on the corner about Costa Coffee is a four story building with over 100 individual offices and break out room.

If you work in Liverpool Street area you will of undoubtably seen this building as most people walk past it every day.

The painting and decorating brief was to prepare all walls and surfaces across this four storey building, before hanging lining paper to all walls and painting it out in fresh new branded colours.

The building took 8 weeks to decorate with eight painters working on the project. If you have an office or building in Liverpool Street you would like us to paint please get in touch.

Decorating a Hotel in Liverpool Street

We were contracted by the Hazlitts group to redecorate one of their hotels The Batty Langley in Liverpool Street.

Listed as one of the best six hotels in the Conde Nast Gold List. This boutique 5* hotel located a stones throw away from both Liverpool Street Station and trendy Shoreditch high street.

Known for its unique features and Georgian period decor the Batty Langley is a truly unique hotel catering for guests whom want something different from their stay in London.

The hotel has 50 period decorated bedrooms with two vip penthouses with views over both Liverpool, Shoreditch and East London.

The painting and decorating in Liverpool Street design brief was to thoroughly prepare all wooden surfaces and decorate in some of the finest designer paints such as Farrow and Ball, Designers Guild and Mylands.

If you have a hotel and you would like the best hotel decorators in London. Please give us a call

Mat Format
12:05 13 Sep 19
GSD/Prime took on a large decorating contract for me and were diligent and professional every step of the way up until handover to the client where they continued to carry out extra works post completion for the client at their request. I am tendering for other projects now using GSD as my 'go-to' decorating contractors...
See All Reviews
Scroll to top