When the summer months are in full swing and all the students are back home, it is the ideal time to refurbish university grounds and buildings. As leading painting contractors London, for university buildings, GS Decorating were contracted to paint and decorate the internationally renowned university ‘Goldsmiths’ in New Cross, South London.

Goldsmiths University was initially founded in 1843 as a naval college and  later in 1904, becoming a part of The University of London. As one of the leading creative universities, not only in England, but also across the globe, some of Goldsmiths former students include Mary Quant, Malcolm MacLaren, Antony Gormley and Damien Hurst.

Decorating Contractors for Universities in London

The first phase of the university project was to redecorate various teaching rooms within a three-week period. Initially this was all relatively straight forward, as although all rooms were reasonably large, the main contractor for the project, was to strip out and replace a false ceiling in hall ‘three’. The other large room was mainly light refurb and decorations. However…

Once the false ceiling was removed, the three hall-rooms opened up into a high ceiling, with exposed roof beams throughout all three rooms. Once the client saw these beams the specification was changed and instead of a false ceiling going back up, the ceiling, roof and beams were to be repaired and brought into the refurbishment. Even though the program of work more than doubled, there was no extra time due to impending exams to be held in the rooms, thus the  deadline was not extended. Completing additional unplanned work was something that we were able to achieve as professional decorators London, in the tight time-frame. during traditionally the busiest months of the calendar year.

The main estate of the university is, obviously, an old building dating back almost 200 years. Decorating a building of this age is not something all painting contractors can deliver, especially when challenges are put in the way.

If you’re looking for a painting and decorating contractor covering London and the Home Counties GS Decorating can help you deliver tough projects, hitting deadlines within budget. Contact us now to see how we can help you. 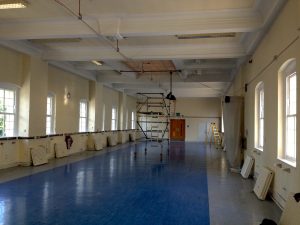 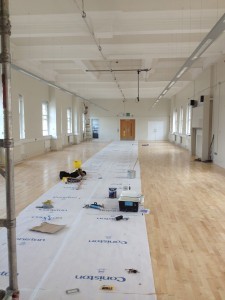 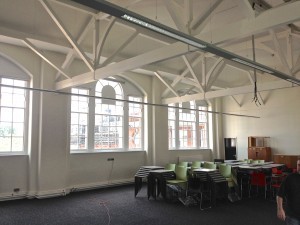 The total project scope for phase one of the decoration work carried out at the university in London, were as follows:

Decorating Contractors for Universities in London and Home Counties

GS Decorating are the leading painting contractor covering London and the Home Counties. Specialising in decorating universities, schools, colleges and period building. Regular cyclic decorating maintenance of buildings of this nature, ensure buildings are maintained to a high standard. If you are looking for a painting and decorating contractor for your university building please contact us, to see how we can help.

Want to join the discussion?
Feel free to contribute!

Mat Format
12:05 13 Sep 19
GSD/Prime took on a large decorating contract for me and were diligent and professional every step of the way up until handover to the client where they continued to carry out extra works post completion for the client at their request. I am tendering for other projects now using GSD as my 'go-to' decorating contractors...
See All Reviews
How To Paint Sash Windows